After a long and tiring day accompanied by stress during and after working hours, all we want to do is take a day off, relax and unplug ourselves from the stressful world. Today, we at Pinoy Secret Files, will take you to a ride that will bring back your childhood. Welcome to Universal Studios Singapore (USS)!

Today, we will give you a quick tour around USS. More details about Singapore itself will be posted soon! So stand by for that! But for now, USS is our primary topic. 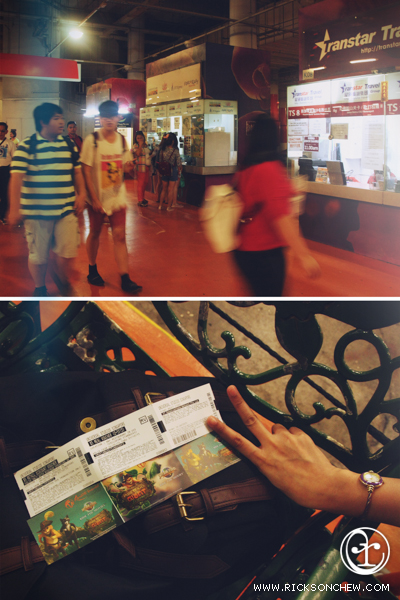 If you are looking for the best deal for your USS tour, we recommend AsiaTravel as they have the best deals out there! We were able to purchase a day pass for USS for two (2). Upon booking, you will receive an email confirmation and instructions on how to redeem your tickets. Don’t worry, it is so easy you won’t get lost as upon arrival to USS, the first thing you will see is this ticket booth (picture above) wherein you will redeem your tickets.

You need not to worry when going back as they have a free ride to the mall and from there, you can make your way back to your hotel.

One cool thing is that you can exit and re-enter USS anytime. They will stamp you with an ultraviolet stamp.
At first, we thought the stamp has no ink but the staff told us that it is “UV” so we do not need to worry about that. Yep, they are one of the many faces of Pinoy Secret Files! Every one who enters USS must have this shot! If you see this rotating globe with the word “Universal” on it, then you are indeed in USS.
Note: It is a little tricky to take a selfie since its rotating. Hollywood
Oh, look at that joy! #minionCraze
It seems that not only in the Philippines we have those minion craze! Madagascar
These are the attractions and booths found in Madagascar. And yes, photo ops are a must!
#selfie
Don’t worry, there are official USS photographers that will take pictures of you in which you can purchase. 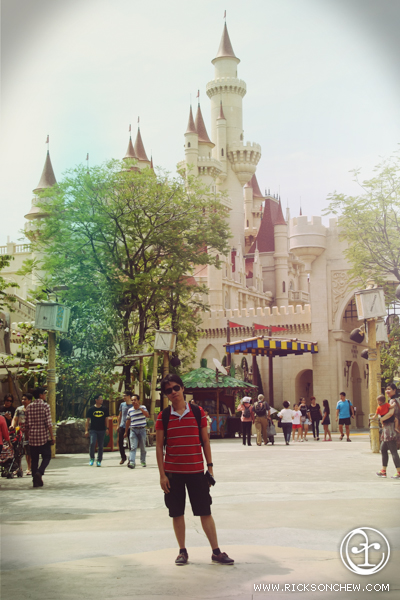 In the King’s perspective, the view of the castle.
We were able to get a hop on the attraction inside the castle. It’s a 4D ride. If you’ve been to Enchanted Kingdom, they are similar but this is in 3D which have moving seats and air that blows in your face. LoL The Lost World – Jurassic Park
These attractions are one of the longest. So we were not able to hop on it. More attractions in The Lost World. Ancient Egypt
For some reason, we find this place the hottest! Maybe because of how the “environment” was made? I promise you, of all the division we’ve been thru, this is the hottest part.

Another human for scale.

The queue on this ride is damn long! We were not able to hop on this one. Bumble Bee and Optimus Prime, one of the most queued photo attactions 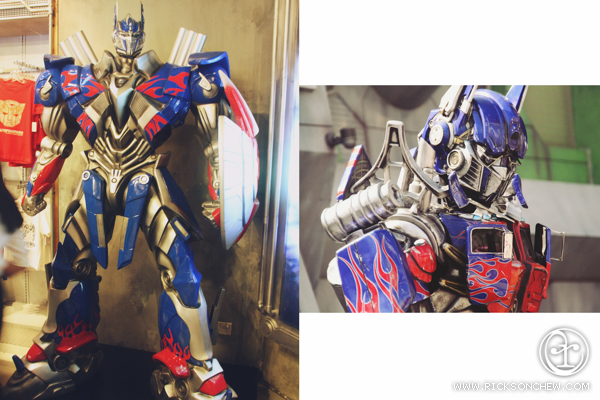 We all love Sesame Street!
Just in time, we were able to watch Cookie Monster, Oscar the grouch and Bert during their street performance! 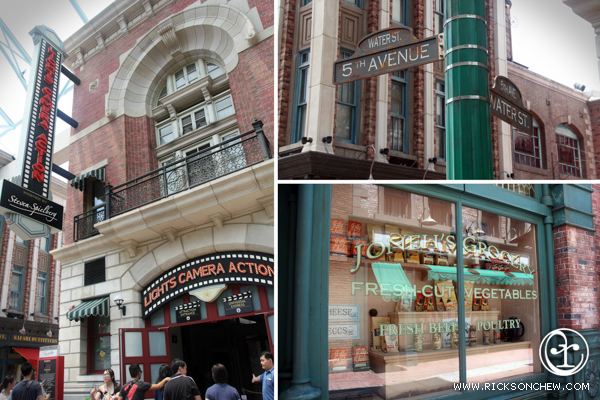 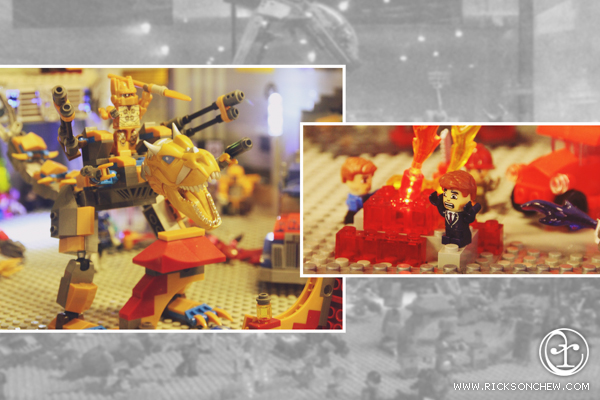 These are some Lego toys of the Transformers invading USS!
Oh look at how the guy on the right screams!

There are plenty of restaurants to dine inside USS but since we were so exhausted and hungry, we opt to dine at Mel’s Drive-In.
The environment is full of jukeboxes. Feels like we were in the 80’s

Must.. Take.. This.. Bite!!
So we have this burger and fries combo. Take note, the size of their burgers are not the same as ours here in the Philippines. This regular burger is as big as a double cheese burger. Just look at how wide her mouth is in order to take a bite!
Our lunch cost around 25.90 SGD. And since we have a 10 USD discount (5 SGD each), we were able to spend 15.90 SGD instead. 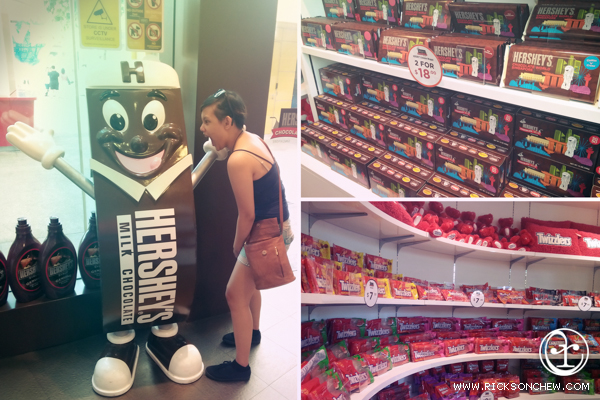 If you think chocolates here are expensive, no they are not!
That’s what we thought at first. We suggest you buy those that can be only found here. We thought we can find those somewhere in Singapore but we can’t. We should have bought them already. Oh well.

We were really glad that the weather cooperated with us. It was a bright, sunny day when we went to USS. We suggest you bring extra shirts and wear protective gears such as sunglasses, caps and don’t forget the sun block. The weather in Singapore is hotter compared to our country but not humid. So when you perspire, you won’t feel sticky unlike here.

Singapore is known to have potable water which means clean drinking water everywhere. So you might want to bring an empty water bottle for you to refill as there are many drinking fountains all over USS.

The next time we visit USS, we will surely try all attractions.

Been to Universal Studios Singapore or have any questions? Go ahead and share them on the form below!

12 Responses to [TRAVEL] : A day in Universal Studios Singapore